At least, I think I’m a Pisces, which is what I’ve gone with my entire life. But since I was abandoned I have no idea what the actual day of my birth is. Since Pisces are born between February 19th and March 20th, it’s possible that I may have been born before or after.

The sign of the fish does seem to describe me in many ways, so maybe the person who chose my birthday did get it right!

My head was reeling at all of the information out there about Pisces. 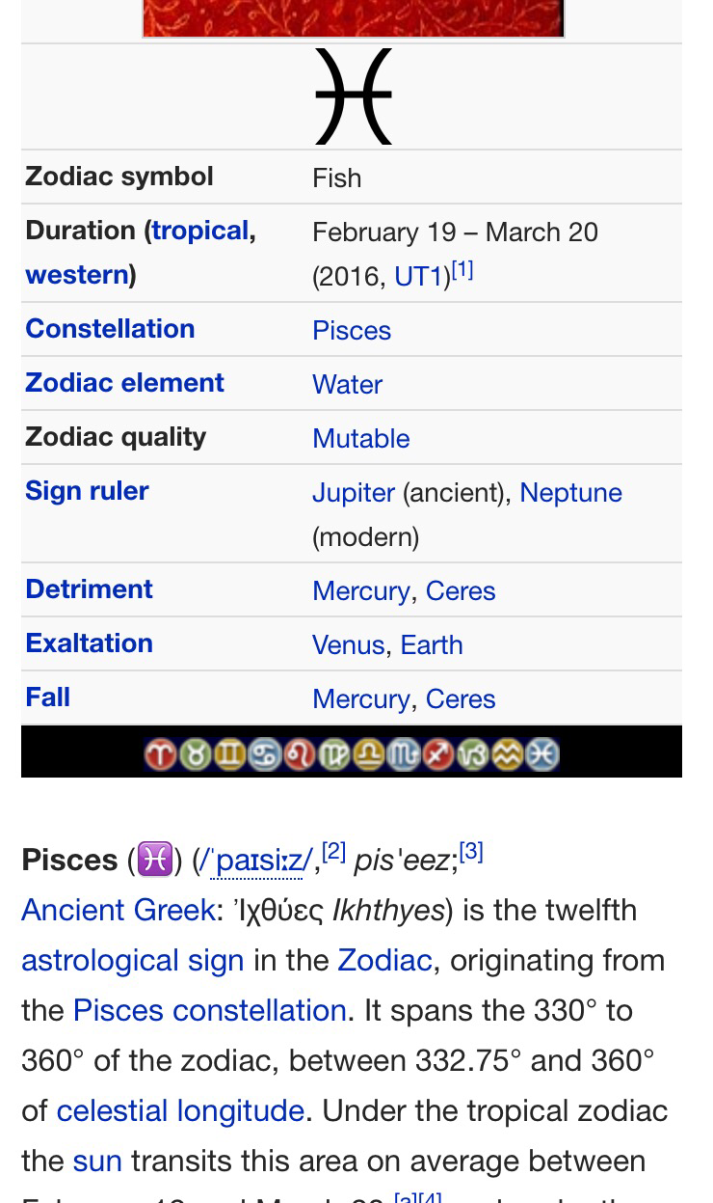 Silly me, I thought being a Pisces was simply about being a sensitive and compassionate person, but it’s much more complicated than that. Astrology is all about how planets line up and to what degree, mythology, stars etc. but for this post’s purposes,  we’ll stick with the basics. It is Monday morning after all. 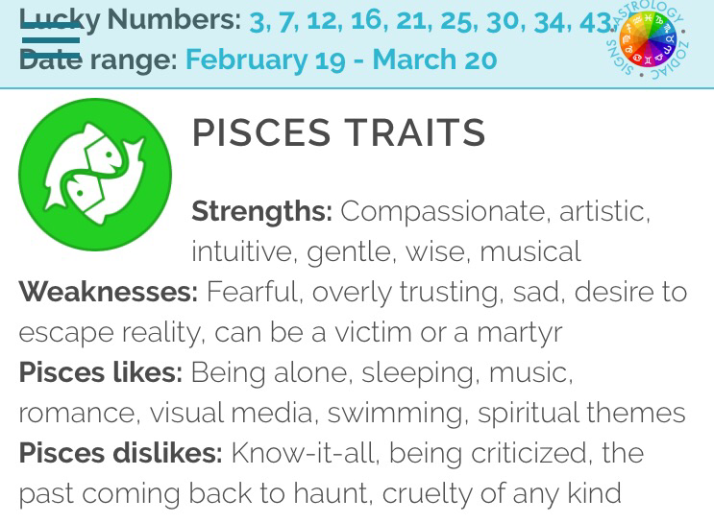 Mostly, the sign fits, though it doesn’t often cross my mind that I’m who I am because I’m a Pisces. I’m probably more Pisces than  anything else so I guess I’ll keep it.

Be a Voice For Orphans

God's calling to love my family, be a voice for orphans, & to help the poor and needy...

A Blog by Two Besties~Laura& Shabby

When I need to understand

A daily selection of the best content published on WordPress, collected for you by humans who love to read.

Sharing my love of books, a coffee at a time

Of Reading and Random Things

Because it's not just about reading

Adventures of a Bibliophile
peaches of my heart

Write Through the Night

a blog about books, writing, tv shows, and more